Bestselling author Brett Battles is that kid back in 6th grade who convinces his teacher that, as an assignment, everyone should write a short story that is at least 10 pages long. He received an A- on his project, while another student (name withheld) received an A+. Brett’s not bitter about this, nor does he ever think about the incident. Mostly.

Since that unfortunate injustice, Brett has written over thirty-five novels, a few novellas, and several short stories, and is a USA Today bestselling author (take that unnamed 6th grade classmate!). He has been nominated for the prestigious Barry Award three times, losing once to some hack named Robert Crais ;), and winning for Best Thriller in 2009, for his novel The Deceived.

The majority of his books, such as his Jonathan Quinn series, are spy and mystery thrillers. But he does dabble in sci-fi thrillers now and then, with the likes of his Project Eden series, his time bending Rewinder series, and his first contact novel Mine. He’s also the coauthor, with Robert Gregory Browne, of the Alexandra Poe series.

He has three cool kids—Ronan, Fiona, and Keira—who are all adults now (how did that happen?). As for his neurotic, paranoid, cute Australian Shepherd Maggie, that’s more of a…developing relationship.

He writes in Southern California, because that’s where he lives, so it’s more convenient. 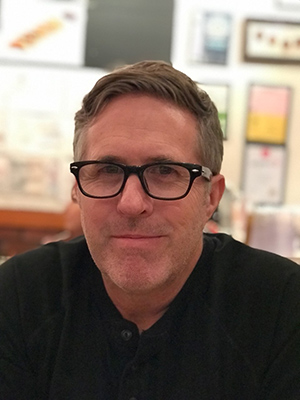